that which may be filled and emptied

Today, my grandmother, had she lived, would have been a thousand, maybe even a thousand and two. Timeless, true. I feel most like her when I’m in my old brown housedress, and I spread my knees and let the fabric hang between my legs, and there in that bowl made of cloth, I have a whole batch of beans to string or socks to match. I feel most like her when I’m propped up in bed sipping on ice water; when I’m yelling for someone and they don’t hear me so I yell and yell again; when I sop up bean juice with cornbread or call someone no-good or suddenly just want to sing. Sometimes it feels like a hundred years ago that we were all cooped up in that old green house, but sometimes, like this morning with the way the light is hardly even making it through the windows, it feels like I never even left.

All the King’s Men…

So, I’m in the return line at Lowe’s yesterday, and the cashier needs to see me ID to assure–I’m guessing–that I don’t make a weekly habit of going into Lowe’s with a bunch of unused sconces demanding merchandise credit. (I do.)

She holds up my license. Organ donation, she says. Terrible. My dad runs a funeral home, and he says they just cut you all up and then it’s so hard to put you back together, and you’re just laying there a total mess. Nobody even recognizes you. Just guts, you know, with nothing else really in there.

Any problem with the lights? she asks. I shake my head, take my card. Well, good luck with the baby. She smiles–her teeth, an unsettling white–and points from my belly to my face, my face to my belly. You two have a fun day, she says.

Dreamed the baby was born but wouldn’t eat. She would only swim in the ocean. I stood on the shore and kept calling her back. Mom said not to worry, she’ll cry if she’s hungry. There in the ocean, she seemed more fish than anything else, slippery, foreign. Outside our bedroom window, the rain fell so hard against the turned-off AC it seemed all of Brooklyn might drown.

Dad: So, I think I’m gonna just keep on losing.

Me: Dad, don’t get crazy or anything.

Dad: Just another ten pounds or so.

Me: I mean, I don’t want you to become anorexic.

Dad: No way, Sis. You should see my gut.

Me: It’s not about the gut, dad. It’s about control. It’s the mind. Besides you probably don’t even have a gut.

Dad: Wanna hear me fry up some turkey bacon right now? Will that make you feel better?

Over the phone line, I hear only the faintest of sounds, probably just Fiber One nuggets knocking against the porcelain bowl.

Every morning, just before six, it begins.
The kicks above my belly button
so evenly spaced they might be guided by a metronome.
Finally, I crawl out of bed, open the blinds, put on the hot water,
and she settles–
again, it seems,
content with the simple mechanics of the world.
4 Comments

On weekends, C. wears a cap around that his dad got free with the purchase of a chainsaw. Nice hat, I say. He is a changed man. You have to understand: I married a smoker who thought that a weekly indulgence in fettuccine alfredo was a God-given right. Today, less than a year later, he smells of soap and grilled chicken.

Fade to three nights ago: the middle eastern restaurant threw in some baklava with our hummus. Ooh, yum, honey, I said, and it dripped off my finger.

Him: Do you realize how fattening that is?

Me: Do you realize I’m seven months pregnant?

All in all, it’s pretty amazing, but occasionally, I’m like, uhm, can we order Domino’s and dip it in ranch dressing, and he’s like, uhm, no.

Then, there’s my dad who’s lost 27 pounds in the past three months! Lots of Fiber One and running, he says. Last week, he ran his first 5K (and won his age division! placed 11th in the whole race!); today, he’s entering a five miler. The man now has a compost pile and an electric car! This from a guy who ate Wendy’s chili on his first day as a vegetarian.

They claim they’re getting healthy for the baby; they wanna live forever, see her get married, see her kids kids have kids. Meanwhile I sit on the sidelines chomping on baklava and marveling at the kindness of these handsome strangers.

Flew the red-eye back in the wee-hours of full-moon Tuesday and am feeling only half awake but wildly wired. The sky seems sloppy, all blurred at its rough blue edges. It is Week 29: my hair still smells of Monday’s fire; the baby now weighs almost three pounds; she has just begun to dream.

A new bird in the world… 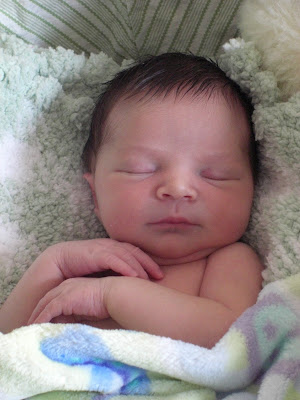 Welcome, little one.
A mammainthemaking is now a mama made!
3 Comments

On this Day in History

My brother, Joe T. Hefner, was pushed into the world.

I smoked my last cigarette.

Woke up in Vail, lit a fire in the fireplace,
made a cup of hot cocoa and looked at the snow-capped mountains.